A sad day for the Miami Dolphins, sports fans, and those near and dear to the legendary hall of fame head coach, Don Shula. The team announced Don Shula died peacefully in his Miami home Monday this morning (May 5, 2020) at the age of 90.

The team said it best in their statement, “Don Shula was the patriarch of the Miami Dolphins for 50 years. He brought the winning edge to our franchise and put the Dolphins, and the city of Miami, in the national sports scene.”

Here are some fun facts released by the Miami Dolphins earlier this year.

Our condolences to friends, fans, family, and associates of the legendary, Don Shula. 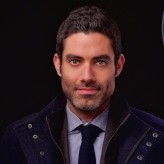 Andrew Lloyd Webber, The Show Must Go On, Stay At Home Series